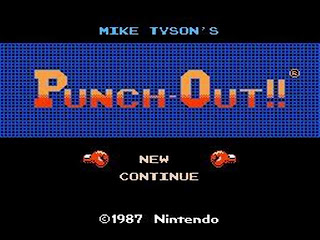 There were rings of coolness in the late 1980s in elementary and middle school, and the highest level of coolness included those who happened to own the Nintendo Entertainment System video game, Mike Tyson's Punch-Out!!. Without a doubt, this video game cartridge, for the Nintendo (and perhaps other platforms, but I don't know) was the gateway to conversational coolness back then. If you owned it, you were set. Mere mention of it bestowed upon the speaker cool points, which were, as we all know, desperately needed back in those days. Why? 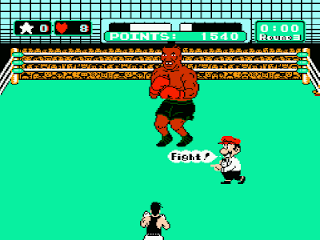 Well, for one thing, back in those days, Mike Tyson was invincible. He'd not yet been beaten by Buster Douglas, he'd not yet illustrated his mental issues by biting off anyone's ear, and he'd not yet become the pop culture punch line that he was in last year's The Hangover.

But there's more: To own this video game was one thing. To actually reach the final level at which you could square off against Mike Tyson himself, well, that was quite another. There was no Internet available to look up a cheat code to reach the level. Without such a cheat code, you had to earn your right to fight Mike. And if you made it there, if you happened to make it there, you were typically slain quite quickly by Tyson and without any sympathy whatsoever. 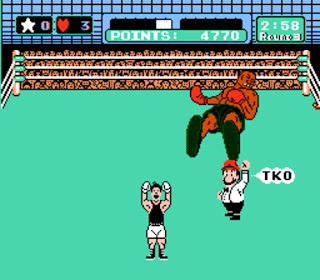 But he could be beaten. It was possible. The fates occasionally allowed for it. The gamer playing this game assumed the role of Little Mac, and to reach Mike Tyson, you had to fight a number of opponents, from the easily beaten Glass Joe, to more formidable opponents, like Piston Honda, Bald Bull, Soda Popinski, and King Hippo. But if you reached, Tyson, well, then, you were the master. Beating him gave you bragging rights at school like no other.

I always thought that Super Macho Man was more formidable. Tyson's opening 90 seconds are easy enough to memorize (especially when 12). After his KO punches that open the first 90 you can actually land two jabs. Provided you can dodge and avoid the few off beat punches (to counter dodgers) you get into a flurry of direct punches. Here I just ducked until he was past. After this, it's just a matter of wearing him down and keeping an eye out for the flash before a take-out punch.

First time I won that I felt like I had accomplished something grand.