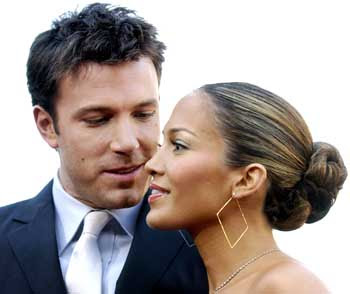 Perhaps it was all just a publicity stunt or a bad rumor gone awry. We'll never know. But whatever it was, the stakes were simply too high to ignore it. In 2003, history spared cinemagoers from a possible remake of 1942's classic film, Casablanca, starring Ben Affleck and Jennifer Lopez. Lopez as Ilsa from the block? (Check out this tongue in cheek piece from Entertainment Weekly on the possible remake which was run about seven years ago.). Looking back, I wonder if it was all a ruse, as the news did break in April of 2003, and April, as well all know, is the month of fools. But the joke did not end on April 1, 2003 and lingered for several weeks. Whether Affleck and Lopez - who would split sometime thereafter - actually had the gall to attempt such a remake was never confirmed. But looking back, and seeing how we in 2010 view lackluster actor Affleck and pop culture joke Lopez, it would be curious to see what such an effort produced. Instead, the couple perpetrated the film, Gigli, which was released in August 2003 to nearly universal ridicule, and Jersey Girl, which suffered a similar fate in 2004. 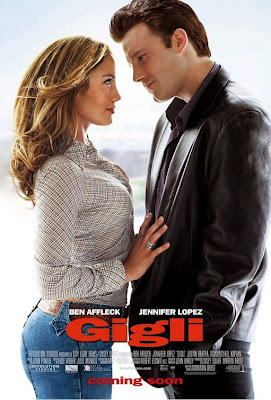 [Somewhat Related Trivia: Did you know there was a 1983 Casablanca television series in the early 1980s which featured Ray Liotta and Hector Elizondo? Why isn't that on DVD?]
Posted by Ransom at Thursday, May 06, 2010
Labels: 2003, Films of the 2000s