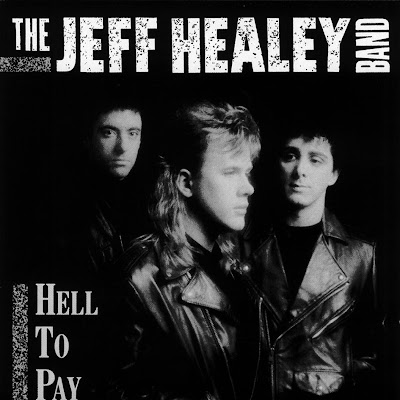 Released twenty years ago today was Hell to Pay, the second studio album by the Jeff Healey Band. Healey, of course, is remembered not just for being a hell of a guitar player, but also being one hell of a guitar player who happened to be blind. I must confess that this record came to my attention sometime in 1990 for one reason and one reason alone: its inclusion of a cover of The Beatles' "While My Guitar Gently Weeps." Learning of that, I quickly bought the record, and I dug it. But I've not thought about it in years and years and years. In fact, I did not learn until my preparations for this piece that Healey passed away in 2008 from cancer. Rest in Peace.
Posted by Ransom at Tuesday, May 25, 2010
Labels: 1990