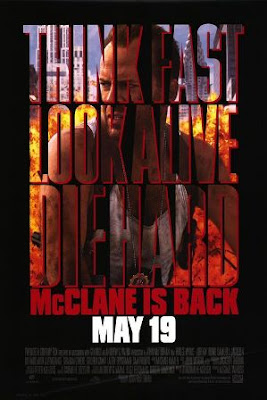 Fifteen years ago yesterday, on May 19, 1995, the film Die Hard: With A Vengeance was released in theatres. It's difficult not to yawn when reflecting back upon this wholly unnecessary sequel. Despite that, I have a distinct memory of the guys in my dormitory being particularly excited about the release of this film, and we ventured out to the local theatre to see it, likely on the very day of its release. It remains the perfect example of a film franchise staying well beyond its welcome (which says nothing of the poorly received Live Free or Die Hard, released in 2007). 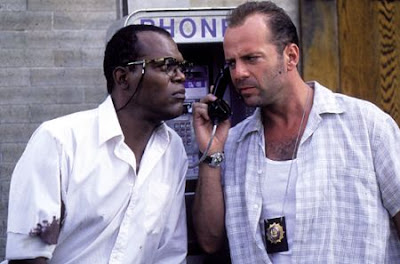 The original Die Hard, from 1988, earned such good will with moviegoers because of its action sequences, characterization, and in particular, the chemistry between actors Bruce Willis and Reginald VelJohnson. Two years later, when Die Hard II hit theatres, it was more of the same, part remake of the original, part attempt to expand the scope and stakes of the original film. By 1995, the producers apparently thought that they needed to change the formula, which had worked so well in the first film (trapped in a high rise building) and reworked only marginally well for the second sequel (trapped in and around a major metropolitan airport). So, they said, why not transplant John McClane back to his native New York and see what happens?

The addition of Samuel L. Jackson (hot off his success with Pulp Fiction, released less than a year beforehand) seemed more like stunt casting than a wise choice. The narrative was forgettable, and by that time, Willis seemed to be going through the motions. There were none of the nice character moments which made the first film such a joy to watch. The attempt to revisit the first film by making the villain (Jeremy Irons) a brother of Hans Gruber (Alan Rickman) from the first film just seemed like lazy pandering to the viewer. 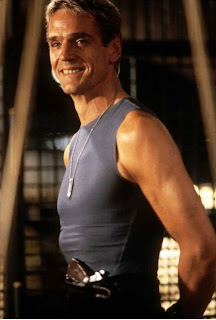 Of course, looking back fifteen years, we didn't know how much worse things would get. After a twelve year hiatus, Willis returned as McClane in the aforementioned third sequel. It was so bad, in fact, that surely George Lucas was involved in that sequel in some way, shape, or form.

Really, in the end, Die Hard is not unlike Back to the Future. It's a big budget film that was clever and earned such critical and popular acclaim, that we really, really want to forgive the many flaws of their inevitable sequels. In both cases, though, we simply cannot. Alas.
Posted by Ransom at Thursday, May 20, 2010
Labels: 1995, Films of the 1990s