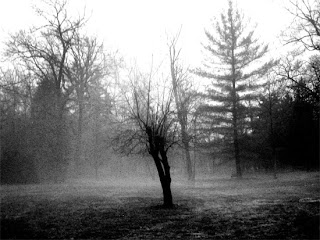 Ah, the New Year, and its accompanying portents of doom. I was amused enough by my recently unearthed Christmas playlist to attempt one for the occasion of the New Year. Here goes:

The two songs referencing 1999 recognize the tenth anniversary of the last New Year's Eve of the 1990s. Ah, Y2K, how far we've come since you loomed over us. To preserve my indie street cred, I had to use The Flaming Lips version of "It Was A Very Good Year," rather than the more recognizable, far superior version by Frank Sinatra. "Year of the Tiger" by Sufjan Stevens is appropriate, because 2010 brings with it that year under the Chinese calendar. Including the original version of U2's "New Year's Day" seemed a bit too obvious, so I used the remix from the 1983 "Two Hearts Beat As One" single. Finally, it's interesting to note that both the Christmas mix and the New Year's mix both include not one but two songs by The Walkmen, who evidently like to recognize the holidays on their albums. Finally, for a New Year's Day mix, I was tempted to include the Black Eyed Peas, but I just could not do it. O tempora, o mores.

Please take note of my prior New Year's Day entry, posted two years ago today, on January 1, 2008. That post was sufficiently ominous in tone, and of course, 2008 vindicated those early predictions of doom. Speaking of ominous things, I discovered the wonderfully eerie photograph at the top of this page on this January 2007 blog post by Some Audio Guy, author of, oddly enough, the blog called The Ramblings of Some Audio Guy. There is no indication of whether Some Audio Guy actually took the photograph in question, or if he, like me, scoured the Internets to find a sufficiently macabre image to complement the tone of the post in question.
Posted by Ransom at Friday, January 01, 2010
Labels: Holidaze, Mixes