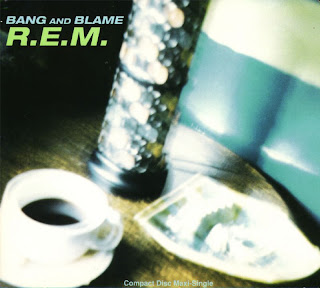 Fifteen years ago today, on January 10, 1995, R.E.M. released "Bang and Blame," the second single from their 1994 album, Monster. The CD maxi-single included the following tracks:

Interestingly enough, the three live tracks were recorded at the often bootlegged November 19, 1992 charity concert R.E.M. performed at the 40 Watt Club in Athens, Georgia. (There is much, much more about that show at this previous Chronological Snobbery post from October 2007).
Posted by Ransom at Sunday, January 10, 2010
Labels: 1995, Alternative Rock