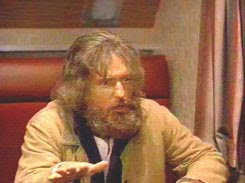 Hopper passed away this past Saturday at the age of 74, and the Internet is awash in tributes.

Hopper was always an interesting figure, and he certainly got a lot of mileage from his 1960s radical persona, whether it be in Easy Rider, Apocalypse Now, or even Flashback. My favorite performance, though, would have to be his role in the wonderful 1986 basketball film, Hoosiers (for which Hopper earned an Oscar nomination for Best Supporting Actor).

Hopper started out as a contemporary of James Dean, with whom Hopper appeared in two films, Giant and Rebel Without A Cause. If Dean had lived, would his career trajectory been similar to that of Hopper, who appeared in more than 200 films over fifty years? 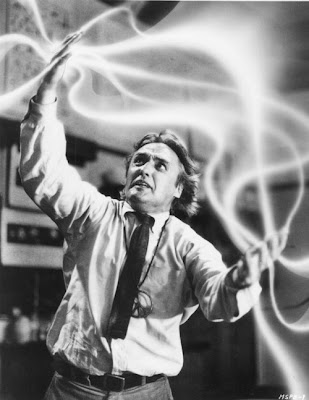 In fact, just this past Friday, one day before his death, I was thinking about Hopper. Not about his best or most famous work, but a film from 1985 I plan to profile this summer: My Science Project, a clunky but fun film which came out within a few days of the similar Weird Science and Real Genius. Hopper (depicted above in his role in that film) plays a high school teacher who realizes that what two of his students have discovered on an abandoned military base is some type of alien time machine technology (which he naturally uses to revisit the 1960s). As a wee lad in 1985, that silly, forgotten film may very well have been my first exposure to Hopper.