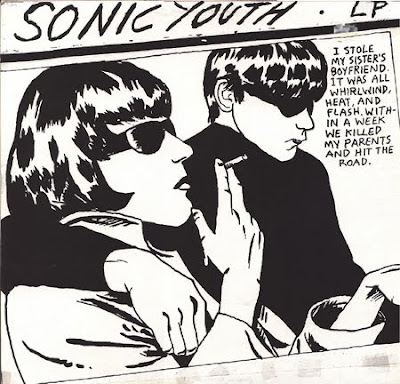 This past weekend saw the twentieth anniversary of the release of Sonic Youth's Goo album, which originally hit stores on June 26, 1990. That was about the time I first became aware of the band, whose "Titanium Expose" would appear on the soundtrack to that year's film, Pump Up The Volume. Featuring "Dirty Boots," "Kool Thing," and Disappear," the album had a number of Sonic Youth staples (though the band apparently rarely sees fit to play them in concert any longer). Arty punk, the band's music is simultaneously powerful and pretentious.

Interestingly, the album cover is based upon this famous photograph: 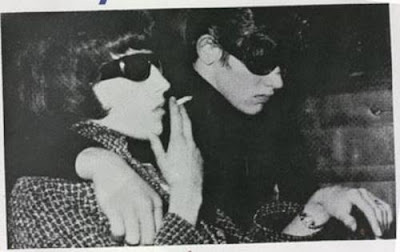 That photograph depicts Maureen Hindley (sister of Moors murderer Myra Hindley) and her then husband, David Smith. The photograph was apparently taken in the mid-1960s when Maureen Hindley and Smith, trial witnesses, were in their car. You may have seen the film based upon Myra Hindley's life in which actress Samantha Morton played the villainess in question. Or, you may also be familiar with The Smiths' song, "Suffer Little Children," about the Moors murders themselves. Whatever the case, what a creepy aesthetic choice for an album cover, eh?
Posted by Ransom at Monday, June 28, 2010
Labels: 1990

Longtime fan of SY and knew about the Moor murderers but had no idea of the connection... thanks.