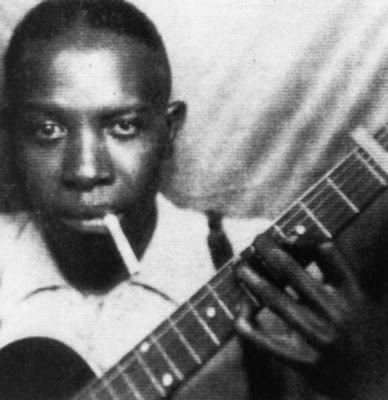 According to reports in 2003, P. Diddy (a/k/a Puff Daddy a/k/a Sean "Puffy" Combs a/k/a Diddy) was to play the famed Mississippi Delta blues musician Robert Johnson in an upcoming HBO film, Love in Vain. This was of great concern. What to think then in 2003, and now, in 2010? (This was not quite as disturbing as the news that P. Diddy's ex-girlfriend, Jennifer Lopez, might remake Casablanca, but it is still rather difficult to imagine.) I assume that the film was based upon the unproduced screenplay of the same name which was published in book form a number of years ago. (If memory serves, Scorsese -- who wrote a foreword to the published screenplay -- was at one point attached to the project back in the 1990s.) Thankfully, seven years later, in June of 2010, we know that this casting decision was ultimately reversed. The film, actually, was never made, but surely now Diddy is too old to play the role. Thank the maker.
Posted by Ransom at Thursday, June 17, 2010
Labels: 2003, Films of the 2000s