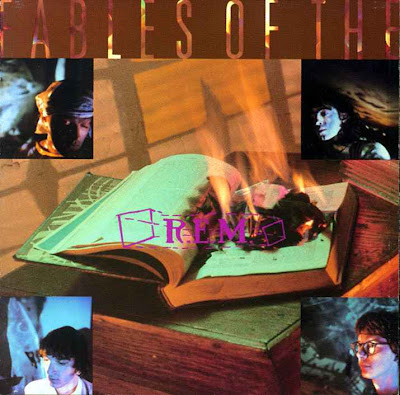 According to Wikipedia, twenty five years ago today, on June 10, 1985, R.E.M. released its third album, Fables of the Reconstruction, or Reconstruction of the Fables. My fondest memory about this album is not the album itself, but an argument I was in with a hipster girl five years my senior sometime in 1995. She contended that the best R.E.M. was Fables, while I argued strenuously that it was Automatic for the People. Looking back, I still believe myself to be correct, but it's difficult to imagine that Fables is now twenty five years of age. My how the time flies (although I can't say that I really knew this album until the early 1990s). Oh, well.
Posted by Ransom at Thursday, June 10, 2010
Labels: 1985

Ooh, I love that album, especially "Maps and Legends" and "Wendell Gee." And "Can't Get There From Here" is very charming in its adorable craziness (as is its video! TOTALLY nuts, but in such a cute way).