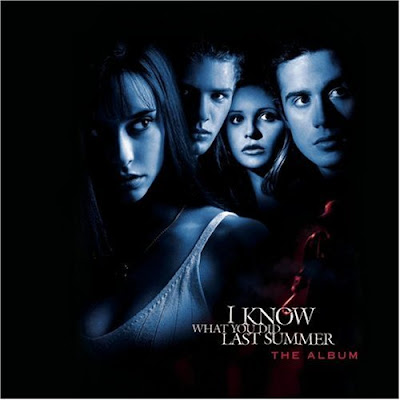 I can't say that I know too much about Peter Steele, or Type O Negative, the band he fronted for two decades before his death at 48 this past Wednesday. But I do remember the band's contribution to the soundtrack of the 1997 slasher movie, I Know What You Did Last Summer, a film written by then trendy screenwriter Kevin Williamson (of Scream fame) and directed by Jim Gillespie. You remember that one: it starred the then very young Jennifer Love Hewitt, Freddie Prinze, Jr., Sarah Michelle Gellar (just half a year after her debut as Buffy Summers on TV's "Buffy The Vampire Slayer"), and Ryan Phillipe, all of whom would go onto to bigger and better things. The opening to this late 1990s horror film, though, featured Type O Negative's sinister remake of Seals and Crofts' 1972 hit "Summer Breeze," originally a light and breezy tune. But with the addition an ominous guitar and Steele's deep vocals, the tune became a frightful portent of doom (and appropriate for the opening credits of a film meant to inspire fright). Type O Negative's cover first appeared on their 1993 album, Bloody Kisses. Now, I Know What You Did Last Summer was not a great film, by any means, and it probably would not be remembered had Williamson not achieved such success with the first installment of the Scream series, which turned the 1980s slasher genre on its head by adding postmodern teenagers who quipped ironic dialogue. But I must confess, that after seeing the film, I did purchase its soundtrack (which also included covers of Billy Joe Royal's "Hush" by Kula Shaker and The Beatles' "Hey Bulldog" by Toad the Wet Sprocket.). When I heard the news on the Twitter yesterday morning of Steele's death, I wasn't sure if it was a hoax, as he had previously been the victim of Internet death rumors. But now, apparently, it is confirmed, and so I can only say, Resquiat in Pacem. And for the record, the opening credits which brought the band to my attention are below:


For further reading, check out the following stories: