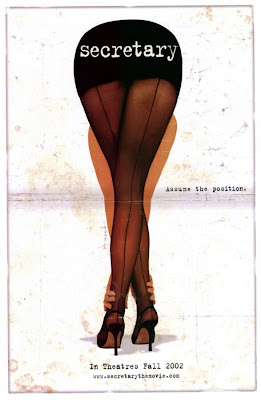 Happy Administrative Professional's Day!
To celebrate this day, I offer the following thoughts on the 2002 film, Secretary, written by Erin Cressida Wilson, Mary Gaitskill, and Steven Shainberg, directed by Shainberg, and starring James Spader and, of course, the lovely Maggie Gyllenhaal as the title character:

I really need to watch this movie again.