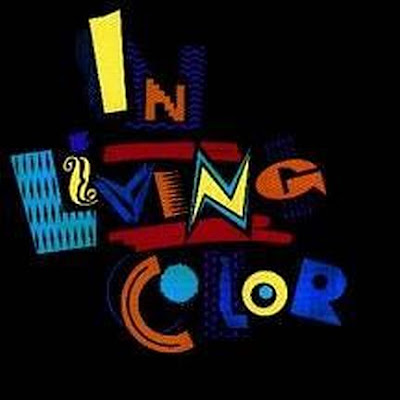 I should pause to note that twenty years ago today, on April 15, 1990, the sketch comedy series "In Living Color" debuted on the Fox network. I rarely, if ever watched the program, but I certainly encountered my fair share of references to the show at school. (In fact, my most vivid memory of the show was not the show itself, but the band Living Colour objecting to its similar name. I remember seeing two members of Living Color presenting at some type of awards show and introducing themselves as follows: "We're Living Colour, and we don't do comedy."). But the program does have a very special place in pop culture history. It brought the Wayans Brothers to national prominence as well as Jamie Foxx and Jim Carrey, both of whom would go on to have very successful careers in Hollywood. David Alan Grier wasn't so lucky, I guess.
Posted by Ransom at Thursday, April 15, 2010
Labels: 1990, Television

How dare you not give David Allen Grier the credit he deserves for the groundbreaking film Blankman...look at all the "Normal Guy=Superhero" movies that have copied that piece of cinema gold.

Also, you forgot that In Living Color also gifted the world with Jennifer Lopez...

Paul beat me to the punch on the JLo omission.

Because the show was broadcast during prime weekend homework-finishing hours, I do not think I ever caught a single episode.

My impression was always that Lopez was a bit player, at best, featured only in the background, not that she was a featured player on the show. Like Ryan S., though, I don't think I ever caught an episode, but I remember the buzz about the show back in the early 1990s.