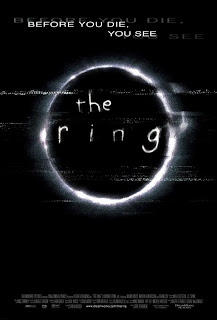 Once upon blue moon, back in 2002, I saw the sneak preview of The Ring at the theatres. As neo-horror flicks seeking to capitalize on the success of The Blair Witch Project and The Sixth Sense went, it wasn't bad. Since then, the film has spawned a forgettable sequel, and looking back, the original film is mostly forgettable itself, save for the presence of Naomi Watts, who has done far better (2003's 21 Grams) and far, far worse (2005's wretched remake of King Kong).

Either my expectations were so low that it was easy to meet or exceed them, or the film, at least on the first viewing, was remotely clever. Returning from Mulholland Dr., Watts falls victim to a videotape that - gasp - kills you. Immediately after a character views the short film, she receives a phone call alerting them that she will die seven days later. A somewhat promising premise. The videotape itself is as one character describes it: all too student film with its adequate though uninspiring attempts at surrealism or expressionism or both. The images are bizarre and initially seem unconnected: dead horses in the sea, a strange woman peering into a mirror, a plateful of severed fingers, an eerie ladder, et cetera. Watts spends most of the film attempting to trace the origins of the mysterious videotape -- which killed her teenage cousin and now threatens to do the same to herself, her son, and his estranged father. (Like all other films of this genre, the young son is not only wise and mature beyond his years, but also clairvoyant -- just like the far more convincing Hayley Joel Osment was a decade ago in The Sixth Sense.) 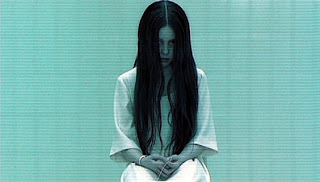 The plot meanders unevenly in parts, but it occasionally startles. We are led across the dreary landscapes of Washington State, a grey and perpetually rainy locale which suits the film. But of course, for any such film to be shocking, the ending must be of the twist variety. Rather than arriving at the film's climax, the "twist" comes after all of the loose ends are addressed, leaving the viewer to wonder if it was an afterthought. But such endings are mandatory these days.

This must have been new territory for director Gore Verbinski, perpetrator of such flicks as Mouse Hunt, The Mexician, and the fun Pirates of the Caribbean and its unnecessary sequels. His stewardship of The Ring is not entirely unoriginal, which may not necessarily be faint praise in an era of interminably predictable suspense "thrillers." He did, of course, have some interesting source material; Verbinski joins the ranks of other Hollywood pseudo-auteurs who mine foreign cinema for ideas: the film was based upon the 1998 Japanese film Ringu.