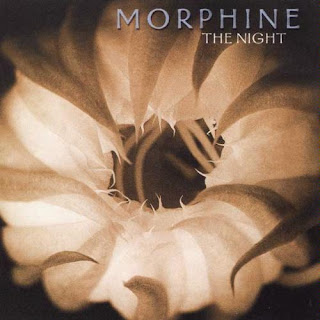 Ten years ago today, on February 1, 2000, the band Morphine released what would be its last official studio album, The Night. The band's lead singer and sax player, Mark Sandman, had passed away the previous July, just after the band completed the recording this album. It's a dark and sad album, one that should be played during dark moments of melancholy and accompanied by the consumption of brown liquor (or something stronger, if you prefer). The Sandman surname is appropriate, as the music occasionally directed him to serve as somnambulist. Somber and melancholy as it may be, the album holds up well a decade later. The strength and power of the music, coupled with the sometimes strong, sometimes weak vocals of Sandman, make for a truly classic record. It is a shame that it was the band's last effort.

In the years since, there have been a number of live and compilation albums, and in the wake of Sandman's death, the band attempted to soldier on in various incarnations, first as the Orchestra Morphine, and then as the Twinemen. But it was not, and could not be the same.
Posted by Ransom at Monday, February 01, 2010
Labels: 2000