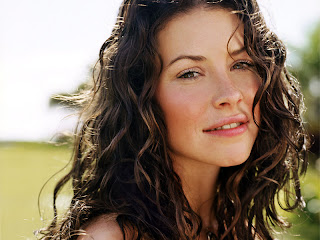 As ABC's "Lost" progresses through its final season (with a new episode tonight), one mystery that may never be solved: What ever happened to the idea of that show's star, Evangeline Lilly, as Lois Lane in the rebooted Superman franchise? There was a time when the Internet was abuzz with casting rumors as Bryan Singer's Superman Returns entered pre-production. (According to this 2004 report, she was among the four finalists for the part, despite the fact that "Lost" had only been on the air a month at the time of that report.). Although the part ultimately went to Kate Bosworth, Lilly would have been a more interesting choice based on her six seasons as the enterprising and independent minded Kate Austen in ABC's most mysterious series. Although Singer purportedly wanted an unknown to play the part, perhaps Lilly was too unknown at that time? Or perhaps the ultimate reason for the casting decision is lost to the ages. Whatever the case, in the five and a half years since "Lost" premiered, Lilly has not made the transition to films. In fact, since 2004, she's only appeared in three films, the most recent being last year's critically acclaimed the The Hurt Locker. Interestingly enough, Lilly actually has a bit of a Superman pedigree; prior to "Lost," she appeared thrice on TV's "Smallville," although you can ascertain the size of her roles from the names of her characters: In 2002, she played "Wade's Girlfriend" and was uncredited, in 2003, she played "Girl in Cinema" and was uncredited, and in 2004 - just eight months before "Lost" would premiere - she played "School Girl," a character without even a name. Alas. Lilly has exhibited an ability to play spunky and independent female characters, which would certainly have been an asset to playing the fabled Lois Lane. 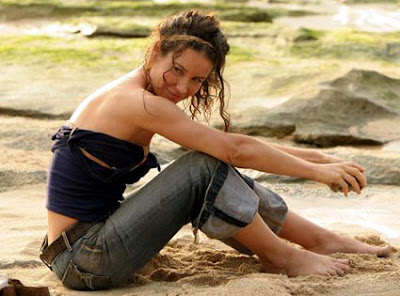 As a Superman fan and early enthusiast of "Lost", I liked the idea of Lilly as Lane. My understanding is that Bosworth was the choice of Kevin Spacey, who had worked with her on his Bobby Darin vanity project, and who was a big get to play Luthor.

Bosworth was cast too young for the part, and while Lilly may be around the same age, we all now know she's been able to carry her own weight on a tough show (a show where the producers would have killed her off long ago if she were a liability).

That still would not have fixed what many felt was wrong with Singer's doomed attempt to bring Superman back to cinema glory.