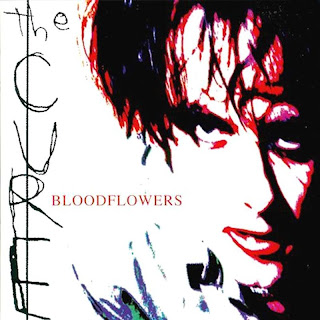 Ten years ago today, on February 14, 2000, The Cure released Bloodflowers, the band's eleventh album which featured the wonderful and sad single, "Maybe Someday." (The "Acoustic Mix" of "Maybe Someday" would later appear on the compilation album, Join the Dots: B-sides & Rarities 1978-2001 (The Fiction Years)). As luck would have it, I actually remember purchasing this album in the summer of 2000 at a used bookstore in San Antonio, Texas and thinking to myself that it was a return to form for the band. Prior to that, I hadn't paid much attention to the band's output since 1991's Wish. So there it is, happy birthday, Bloodflowers.
Posted by Ransom at Sunday, February 14, 2010
Labels: 2000