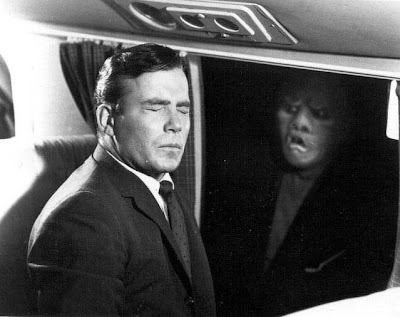 It was nice to see "Saturday Night Live" recently pause to make fun of a 1963 episode of "The Twilight Zone" (although it may suggest something about the writers in 2010 that they are electing to parody 47 year old episodes of a television series). Above, you will see William Shatner in "Nightmare at 20,000 Feet," which originally aired on October 11, 1963. 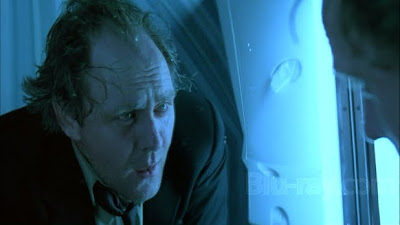 It should also be noted that this episode was remade in 1983 as a part of the ill-fated The Twilight Zone: The Movie, featuring John Lithgow as the troubled airline passenger. I've taken the above still of Lithgow from this great 2008 write-up on the 1983 film by Glenn Heath, Jr.

Below, you'll find the recent SNL skit, conveniently embedded from the Hulu: