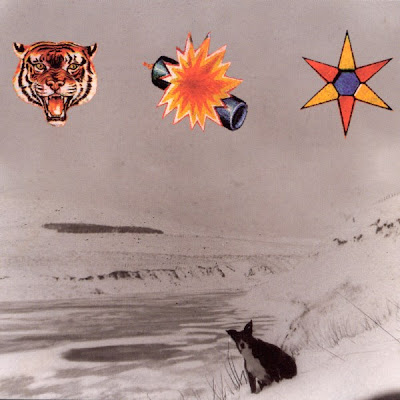 Today, as a part of this week's coverage of the tenth anniversary of the release of High Fidelity, we turn to The Beta Band. There's a scene in the film, in which Rob Gordon (John Cusack), pauses to survey the scene in the record he owns, Championship Vinyl. He notices customers walking through the establishment and browsing, but he decides to take matters into his own hands. He retrieves a copy of The Three E.P.'s, a 1998 compilation of, well, three previously released extended plays by The Beta Band, the British band that some have dubbed "folktronica." Perhaps that's just one way of saying that their music is catchy? 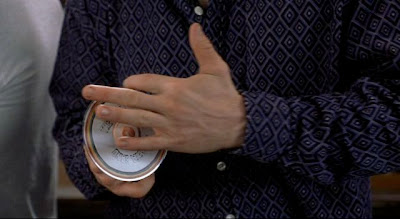 Gordon turns to his employee, Dick (Todd Louiso) and whispers "I will now sell five copies of The Three E.P.'s by The Beta Band." "Do it," replies Dick, with gravitas. He does, and the album's first track, "Dry the Rain," begins to play over the store's system. As it does so, Rob surveys the store, waiting for (and clearly expecting) a reaction from his clientele. He waits.

(It should be noted that when the song begins, its opening sequence is truncated. The portion of that is first heard is actually several moments into the song, rather than its initial beginning.). 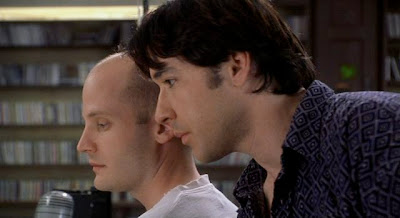 Sure enough, the customers react.

One man, who is grooving to the music, asks Rob, "Who is that?"

"It's good," says the customer.

"I know," says Rob, very sure of himself. 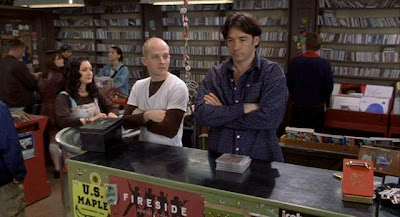 I remember seeing this scene in 2000 and being driven to investigate The Beta Band, a group about which I knew little, if anything, at the time. Sometime thereafter, I found myself at San Antonio's Hogwild Records, where I picked up a copy of The Three E.P.'s, which I remember wearing out at that time. A fine album, actually, and "Dry the Rain" does indeed provoke the same sort of reaction depicted in the film when first heard by an unsuspecting listener. Several years later, when I began frequently downloading music from the iTunes Store, I would also acquire the band's 1999 self titled album and their 2001 record, Hot Shots II (which Wikipedia alerts me know to confuse with the 1993 film, Hot Shots! Part Deux). Apparently now defunct, the band would release one more record in 2004 before calling it quits.

It's actually unusual in a film for a character to pick up a copy of a compact disc, mention both its title and artist, and the play a song from the referenced album. Here, Gordon does just that, which allows the viewer to later track down the song far more easily. (Remember, this was in the days before Shazam.). "Dry the Rain" would also appear on the film's soundtrack.

Below, you'll find a clip from High Fidelity, which includes the above referenced scene (as well as a scene featuring a discussion of Stiff Little Fingers to be discussed later this week).

I worked a Camelot Records from 1996-1997, and, occasionally, you could pull this off. At that store, however, Beta Band would not have flown. The store was full of hip-hop fans, children into Top 40, and suburban moms looking for Michael Bolton records.

We were only allowed to play items that we had in the store (but we were allowed to bring up our own CDs), which often led to us putting in requests to get something in stock just so we could listen to it at work.

It had none of the fun or gravitas of working at an indie record shoppe.

I really love this film. Being Deaf, I don't have much appreciation for music as those characters, but their passion for music still charmed me !!

I'm about 98% sure that one of the customers in the store is Ian Williams of Don Caballero/Battles "fame". I have no clue why that's interesting to me.

For those who may be interested Steve Mason - former lead singer of the Beta band - released a solo effort entitled 'Black Affair' a couple of years ago, which is a rather excellent slice of pop electronica.

Furthermore, he's got another solo record - this one isn't electronica - coming out very soon, and if the single 'Lost and Found' is anything to go by, it's going to be a cracker.