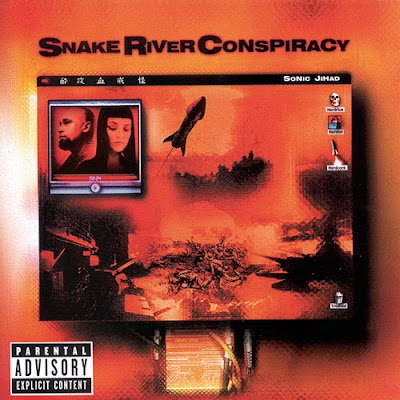 Ten years ago, the ill-fated Snake River Conspiracy released its first and only LP, Sonic Jihad, an unfortunate album title indeed in light of later historical developments. At its core, the group was composed of former Third Eye Blind member Jason Slater and vocalist and Hot Topic model Tobey Torres, both of whom seemed dedicated to concocting the type of brash, but mostly inoffensive, post-grunge metal popular in the late 1990s. In the annals of music history, the release is mostly unremarkable, although the album did feature upbeat covers of both The Cure's "Lovesong" and The Smiths' "How Soon is Now?" (in response to which Morrissey allegedly stated was a better version that his group's original version).

Goth dance music is not a sub-genre with which folks in the MTV mainstream are likely to be familiar, but Snake River Conspiracy might change that. With a sound drawing equally from alt-rock, industrial and club music, the Conspiracy - actually, just singer Tobey Torres and synthesist Jason Slater - puts a bright, tuneful sheen on the music while somehow maintaining the dark energy of goth, a formula that gives "Sonic Jihad" the heft of a hit. While the duo's studio savvy adds luster to the languorously tuneful "You and Your Friend" and the kinky-but-catchy "Vulcan," the Snake River sound is strongest when applied to cover tunes; both the Cure's "Love Song" and the Smiths' "How Soon Is Now?" work wonderfully well in goth dance drag.1

At the time, Torres offered these thoughts on her band's Smiths cover:

In addition to "Lovesong," "Sonic Jihad" finds the duo covering the Smiths' "How Soon is Now?" It's far more recognizable than "Lovesong."

"Since I am a huge Smiths fan," says Torres, "I thought that Morrissey did a perfect job. I just loved the way he delivers the song, so I just pretty much sang it like he did. So that one is a carbon copy in a lot of ways. But I just couldn't do it any other way, 'cause I love Morrissey. I love the way he did it, just the yearning in his voice."

He's heard it, Torres announces with a giggle.

"He said, `It's better than the original.' I'm like `No way! Shut up!' But for him to say that ... 'cause you're always hesitant to do a cover song. You always wonder what the original artist is going to think. Are they gonna think that I butchered it?"2

The album doesn't hold up too terribly well ten years later, as it appears the band was more interested in being a part of a particular scene than creating fine music. Miscellaneous images of the band from its heyday can be found below (including a news clip featuring a photograph of Torres and Morrissey, in which Moz is quoted about the Smiths cover). 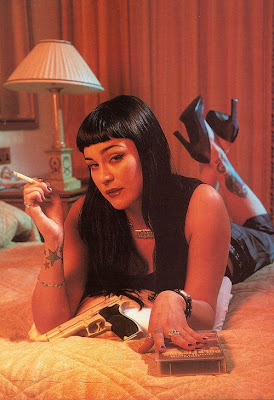 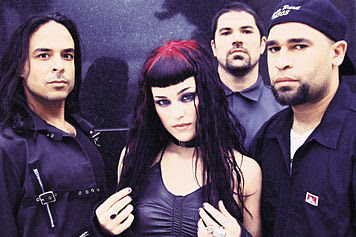 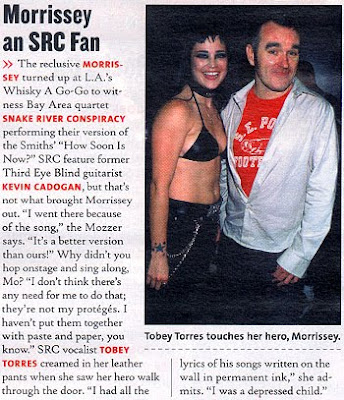 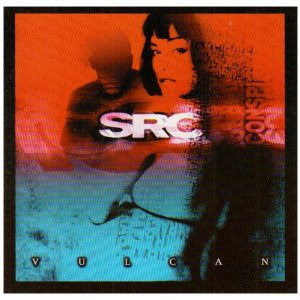 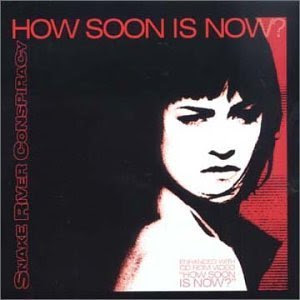 I think this album was a bit too varied for many people.. especially the radio. Too poppy to appeal to masculine bros of the turn of the century and too aggressive for many ladies of the day also. There are some very good moments though. The production work is wonderful.

I have the album in my random mix. When a song first starts I always think to skip it but if I let it play I'm always glad I did. Such a unique mix, I love the changes.