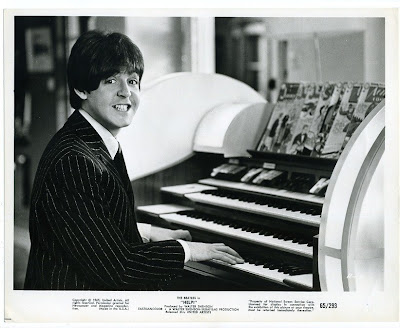 Just yesterday, the fun blog Pop Culture Safari posted the above promotional still from The Beatles' 1965 film, Help!. It depicts Paul McCartney at a three layer keyboard with a series of comic books where the sheet music would ordinarily sit. If you look closely, you can see that they are all DC Comics (naturally from the mid-1960s), and to boot, they are all Superman related. Yep, the series Action Comics, Superman's Pal, Jimmy Olsen, and Superman, are all represented. Building upon Pop Culture Safari's post, I decided to attempt to identify the comics in question. Not all of them are fully visible, but some of them are apparent enough to identify the issue in question. From left to right, with a few issues missing because I couldn't identify them, they are: 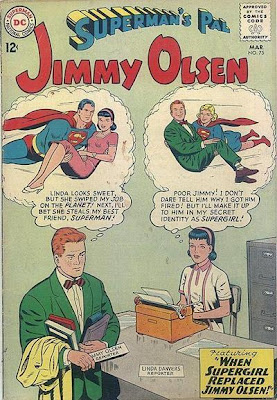 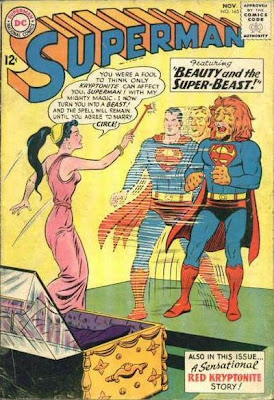 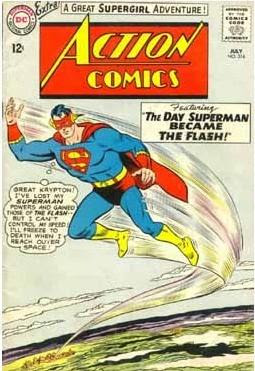 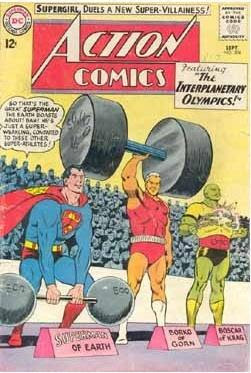 Thanks for that, I've been looking for that info for ages! I'm big on Beatles and Superman.

Here's more on Beatles and Superman.