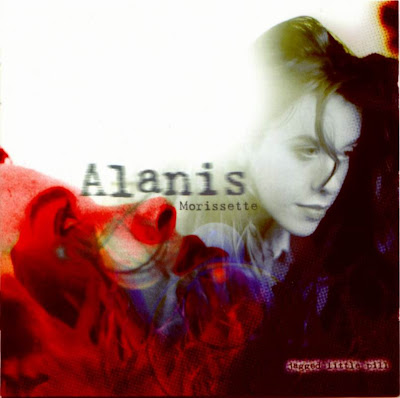 Last month saw the fifteenth anniversary of the album, Jagged Little Pill, by Alanis Morissette. Released on June 13, 1994, the album was huge. It was immense. For years there after, female rockers would credit Alanis and her success with this album for enabling their own success. You could not turn on the radio in 1995 without hearing one of the many singles from this album. In fact, in my mind, it is forever associated with the debut of 101.X, an alternative rock radio station which debuted in Austin, Texas in the summer of 1995 which played this album quite a bit. Alanis never quite captured that level of success again, though she attempted to return to the Jagged Little Pill well a few times since 1995, including 2005's Jagged Little Pill Acoustic, a full on acoustic version of the then ten year old album. Not too many people would admit it, but the original 1995 album was not bad, and it was certainly catchy pop rock, which is a fine thing.
Posted by Ransom at Friday, July 09, 2010
Labels: 1995, Alternative Rock

You Oughta Know is a classic song!