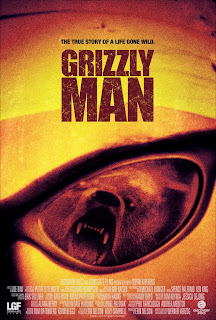 Five years ago today, on August 12, 2005, the documentary film Grizzly Man was released. Directed by noted documentarian Werner Herzog, the film is a captivating look at the bizarre life of Timothy Treadwell, who chose to leave civilization behind, live with bears in an Alaskan national park, and pay the ultimate price for that decision. Nearly three years ago, I did a piece on this film and the issues it raised (in which I included a brief interview with the coroner featured in the film). You can read that post here.
Posted by Ransom at Thursday, August 12, 2010
Labels: 2005, Films of the 2000s